Using the Experience of Wildland Firefighters

There are many experienced wildland firefighters who have learned the art of wildland fire fighting.  These individuals have vital safety procedures and knowledge that could be made available.

Also, a number of important programs have been invented that, when implemented, add to the safety of wildland firefighters. Some of the programs are:

Do all individuals know and demonstrate how they determine when and where a wildland fire will change and become subject to control or not?  Can they name the training program they depend on to assure the action they propose to control wildland fire situations is safe and effective?

The administration–from the Supervisors level to the national centers of wildfire administration–does not incorporate these improvements.  As they are presented to the administration, the ideas are resisted or discounted at one of the levels of the fire management system.

There seems to be no program to incorporate such improvements into the overall program. When the originators of any change of thinking retire or give up, the improvements are lost or halted at the next level above the ground troops.

This note is intended to bring this situation to light. There is no program to capture new and important information and incorporate it into the national system for all who fight the wildfires. All can benefit from knowledge gained over years of doing the job.

One thing that I have observed is that there is no oversight for the District unit management that helps the to bring their unit up to a known standard.

My mission and vision has been to improve and make wildland fire fighting and management safer for the firefighter and to employ the knowledge that has been developed by firefighters.

A recommended path to this mission and vision would be to employ a task force of people who have provided improvements to the system to gather the knowledge and implement the findings with the full support of the Secretary of Agriculture and the president of the United States of America.

The results of this plan will reduce the hazard to wildland firefighters.  To disregard this is an admission by the agencies of a resistance to the changes needed to reduce wildfire accidents. 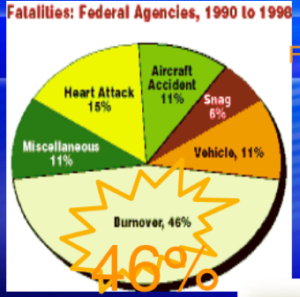 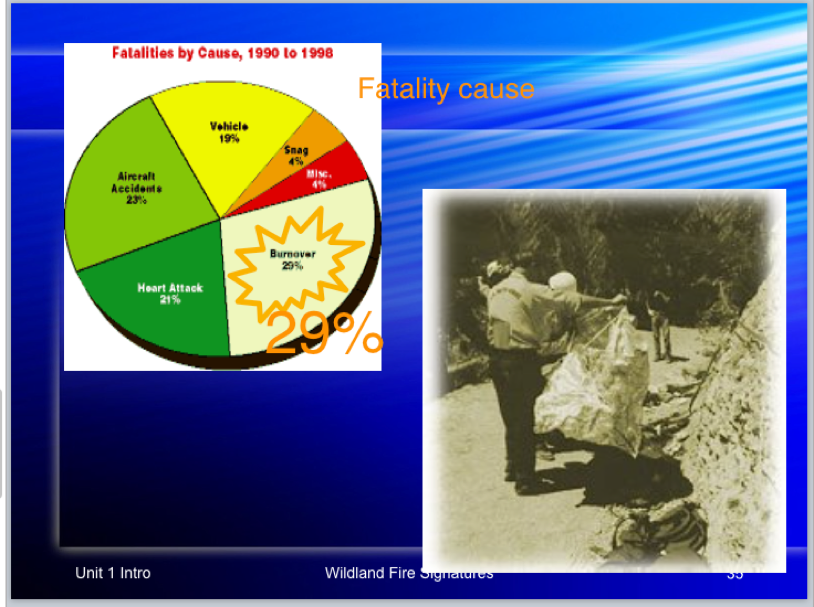 Respectfully submitted to whom it may concern.

One thought on “Wildland Fire Burnovers: More or Less?”